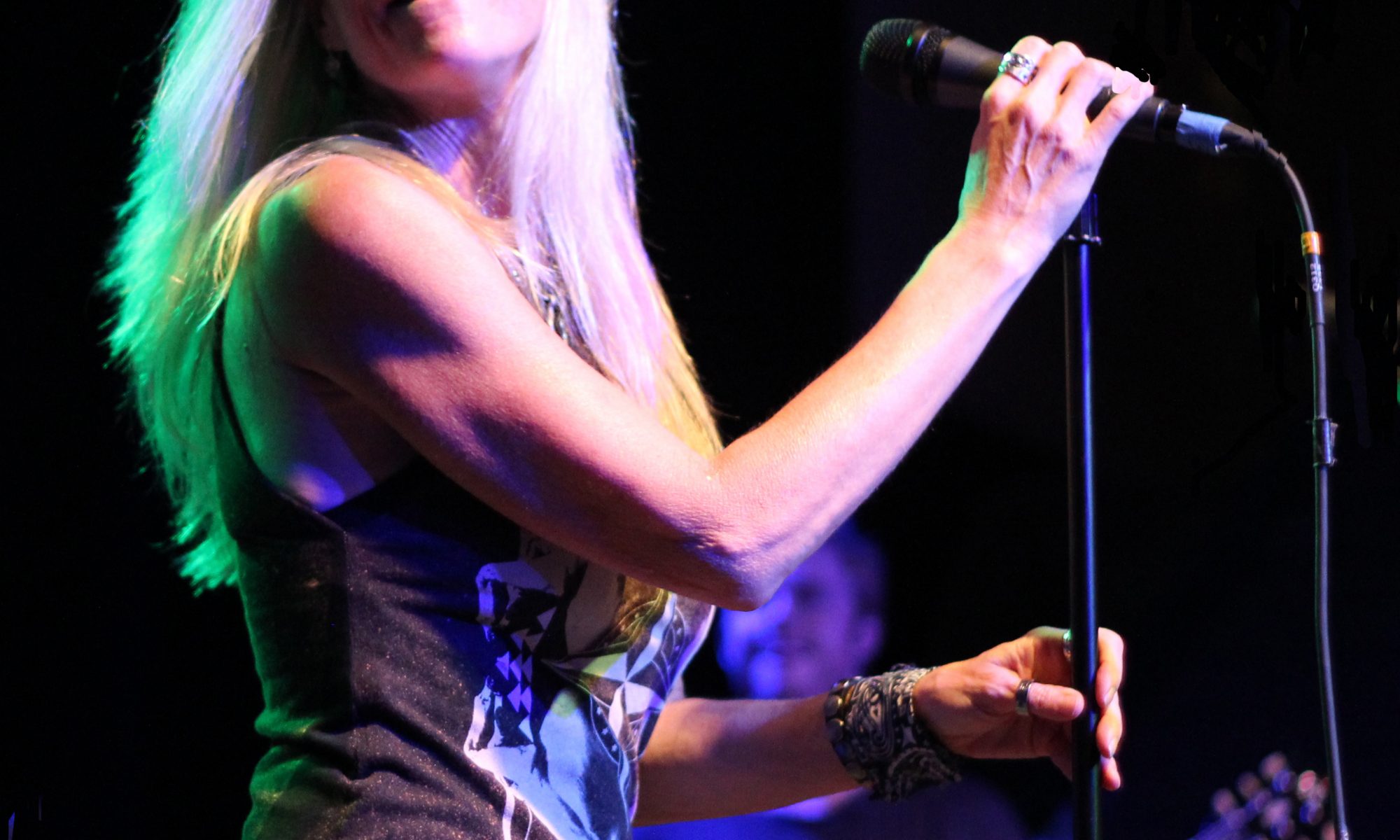 This Friday, Dec. 6 pioneering rock n’ roll frontwoman Cherie Currie returns to her humble beginnings here on The Sunset Strip for a very special Toys for Tots benefit show at the Viper Room.

Before heading out to “Rock This Christmas Down” and sing-a-long to all your favorite youthful angst anthems, catch up with Currie as she reminisces about her early days on The Sunset Strip, talks about a possible Runaways reunion and shares her newfound love of…chainsaw carving?

Paint us a picture of what The Strip was like in the mid-seventies when The Runaways were first getting started?

My goodness, it was just a completely different time… It was a magical time in music. There were bands like Zeppelin and [David] Bowie and Elton [John] and Suzi Quatro, Alice Cooper… I mean just heroes! And the clubs were wonderful. … They scouted good talent and worked to bring that talent to their clubs.

Do you remember your first show ever on The Strip?

We played the Whisky and we actually broke the record there! I remember the music editor for the L.A. Times was there and did a feature article on us that was pages long…and it was just an amazing night. Kids were hanging from the rafters, practically. At the time, it was the largest crowd they had ever had at the Whisky.

You actually have a new Christmas single that was just released, that you recorded with your former bandmate Lita Ford. Tell us about that.

Yeah, it’s called “Rock This Christmas Down” [and Lita wrote it] with guitarist Mitch Perry. She called me out of the blue and asked if I wanted to do a duet with her on this Christmas song…  And I was on tour, but said, “absolutely!”

So I literally flew in after the finish of my tour and went directly from the airport to the studio – never heard the song before – walked in and was just blown away by how great the song was.  And it was fun to have Lita produce my vocals. She’s awesome! I’m really very proud to not only be working with her again, but to be on such a great tune.

It seems like the relationships between you and the other members of the band are all pretty healthy. Any talks of a reunion?

Well Lita and I want to do a reunion, but Joan however is not quite sold on the idea at this point… But Lita and I are going to continue to keep working together and hopefully Joan sees that we’re having so much fun, that maybe she might change her mind. Right now though, we’re just focusing on us, and working and enjoying each other’s company making great music together.

I’ve also actually started making a record with [former Runaways manager/producer] Kim Fowley and Lita is involved with that… It’s kind of like taking a hole in your heart from way back when you were a child and filling it with beautiful possibilities and new relationships.  Relationships that I thought were done and over and didn’t end well, and turning them into something I really wouldn’t want to live without today.

Now, The Runaways movie was based on your bio Neon Angel. How did you feel about the film? Were you happy with the end result?

Well how do you take two and a half years of absolute insanity and condense it into an hour and a half? I think that the actors were phenomenal. I’m so proud of Dakota [Fanning] and Kristen [Stewart] and Michael Shannon. They were just great!  I think [director Floria Sigismondi] visually couldn’t have captured the ’70s better…

I was very happy that my new book [an updated re-release of 1989’s Neon Angel] was coming out at the same time the film was coming out, so that people could get the real story and the details behind the film. But like I said, an hour and a half just isn’t enough to even scratch the surface…  All of our lives were complicated as kids… I’m just glad that people cared enough to make this movie happen, and that we have a whole new fanbase of younger people that appreciate what The Runaways did at a very young age.

In recent years you’ve taken up chainsaw carving. How did you discover that?

Well I sort of went from sketching to painting to relief carving…and then one day I was headed to the beach and passed a couple of guys chainsaw carving on the side of the road and I just couldn’t get it out of my head. So I went into their gallery and saw these amazing pieces of finely detailed, gorgeous art. And my little voice just kept telling me, “You can do this.”

So against my family’s advice and everyone else’s advice – ‘cause you have to admit it’s quite dangerous – I couldn’t help it! I had to face that fear…  And my third piece was accepted into the Malibu Art Expo, and I started competing and placing in competitions and I realized that this was a calling…

Dolly Parton has a few… Dakota Fanning, I carved her a guitar – actually to scale – and presented it to her for her sixteenth birthday.

Anything special this year that you’re really looking forward to this Christmas?

Well this Christmas, being able to spend it with Lita Ford and have her in my life is the best gift I’ve had in decades.

—————
Cherie Currie, along with special guest Future Villains, perform a benefit show for Toys for Tots this Friday, Dec. 6 at The Viper Room. Doors open at 7:30 p.m. Tickets are $20 GA. Bring an unwrapped toy to the show valued at $10 or more and receive a complimentary cocktail. www.viperroom.com For more info about Cherie Currie, visit chainsawchick.com and cheriecurrie.com.