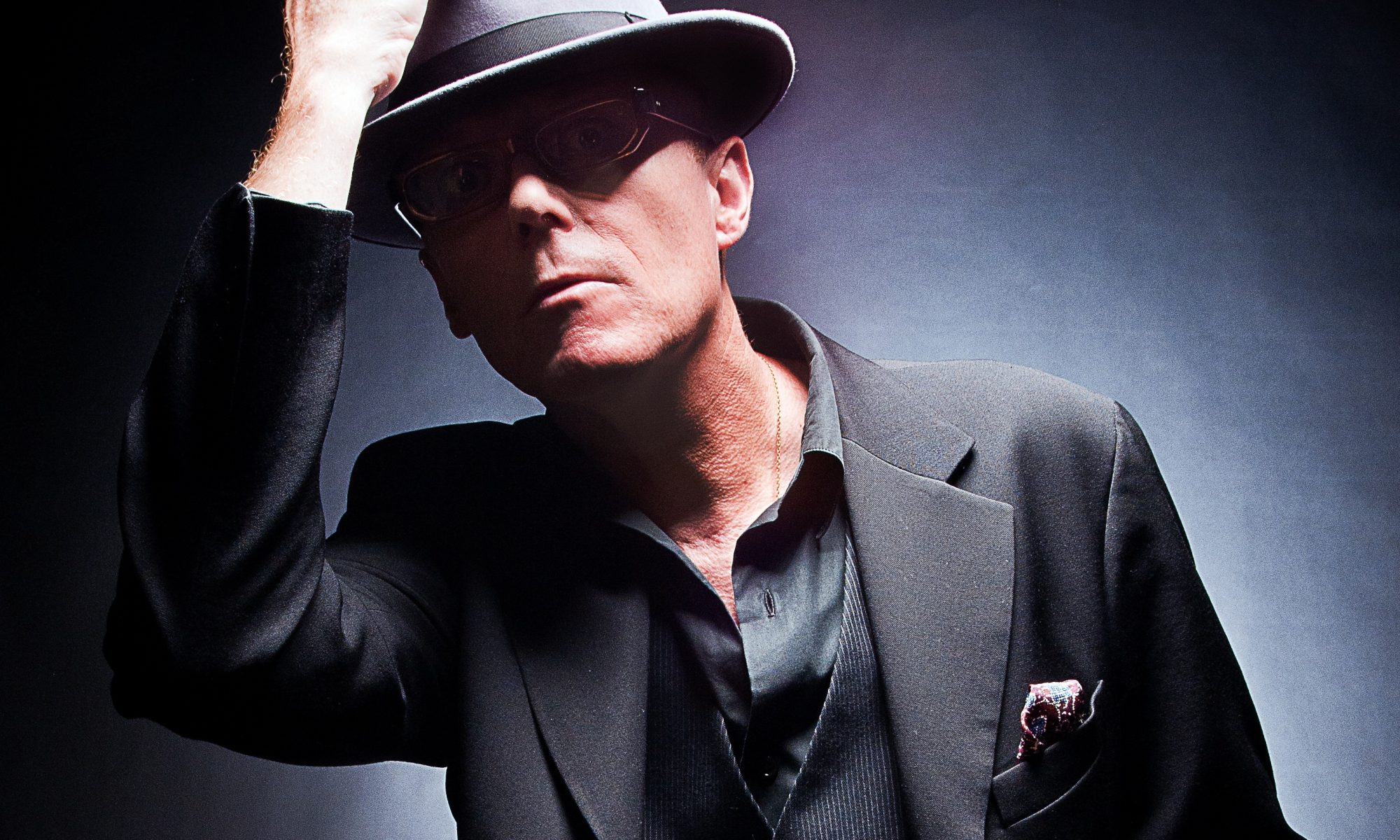 This Saturday, the man responsible for penning such Goth rock essentials as “Bela Lugosi’s Dead” and “No New Tale to Tell” returns to The Sunset Strip spotlight for a one-night only intimate engagement at The Viper Room. Of late, the cult icon has been keeping his musical docket plenty full with the recently released reworking of his classic Bauhaus anthem, as well as a myriad of other side-projects.
Speaking to TSS.com about his upcoming show, the current status (or lack there of) of Bauhaus and reminiscing about jukebox jammin’ with David Bowie, Mr. David J seems to have no shortage of New Tales to Tell.
Tell us about “Bela Lugosi’s Dead (Undead Is Forever)” that you released a few months back.  What is it about that song that just keeps drawing you back?
My dear friend Jill Tracy had the idea for a new version of “Bela” and composed the rather exquisite piano introduction. We recorded it live, vocals and all, and we nailed it first take. I incorporated the Lord Byron bit as it went very well with the mood of the piece. It’s taken from a poem called “The Giaour,” which is a Turkish word for infidel.
That song is very much open to interpretation and the original idea was strong right from the start. It abides, just like a vampire!
Speaking of “Bela Lugosi’s Dead,” one of the quintessential cult films for any music/cinema lover is The Hunger, in which Bauhaus had a notable cameo. Can you share with us the story of how the band became a part of that project? What are your memories?
The director, Tony Scott, saw Bauhaus performing “Bela” on TV and thought that we and the song would be great for the film. He ran it by David Bowie who agreed. My favorite memory is of hanging out with Bowie by the old 1950’s jukebox that they had on the set and taking turns to pick tunes. Him dancing in front of me and smiling that smile… Surreal!
What is the current status of Bauhaus and the current status of your relationship with Peter Murphy and Daniel Ash?
Bauhaus is no longer existent, not even undead! I have not seen, nor spoken with Peter or Daniel in many years. Still there remains an abiding mutual respect.
Seems like over the past few years there’s been a musical trend towards an ’80s throwback sound, and “darkwave” influences, very much reminiscent of your early work with Bauhaus. What are your thoughts? Have any of these newer bands caught your ear?
Sure! I like Interpol, The Faint, Wax Idols. There is a band from China called Rebuilding The Rights Of Statues, which I like a lot. They have a track called “Up Next: Bela Lugosi’s Back.” It will be interesting to see what Chvrches do with “Bela” as they are recording a version for the new movie Vampire Academy.
Speaking of cover songs: Over the years a number of bands have paid tribute to both Bauhaus and Love & Rockets on various compilations, etc.  Who/what’s been your favorite track?
There were some excellent covers on the L&R tribute album New Tales To Tell [released in 2009]. The ones that come to mind are “All In My Mind” by Black Francis; A Place To Bury Strangers doing “The Light”; “Holiday On The Moon” as rendered by Puscifer was great! Also, “I Feel Speed” by Dubfire…and I love The Flaming Lips’ off kilter take on “Kundalini Express” – a track which Beck was also doing live although I haven’t heard it.
There were a couple of tracks that were not included on that album, but that were recorded for it and which I love to bits. Namely, Johnny Dowd’s version of “Bound For Hell” and also Johnette Napolitano [Concrete Blonde] doing the most soulful reading of “Dogend Of A Day Gone By.” MGMT also did a good, albeit very faithful, cover of Bauhaus’ “All We Ever Wanted.”
From your experience, what advice would you give newer artists about inner band relations and maintaining any sort of longevity as a cohesive unit in the cutthroat music business?
Be honest with each other, but temper that honesty with diplomacy.
In your career thus far, what single song, piece of art, career accomplishment are you most proud of?
I was very pleased with that new version of “Bela.” I knew that it was a very tall order, but I believe we managed to pull it off with some aplomb! I am also rather chuffed with my forthcoming solo platter, An Eclipse of Ships. It has to be said!
What can we expect at this upcoming Viper Room show?  Any surprises, special guests, etc?
Well, it is going to be heavy on the L&R quota, but the set will also contain a sprinkling of Bauhaus and solo work. This band, which we have named The Gentleman Thieves, is one of the best I’ve ever played with. We rock out hard but can also be subtle with it. I feel re-energized and raring to go!
What can we look forward to in 2014?
A lot more live shows with the aforementioned combo following the release of the new album. I also have some other side-projects that I am excited by, especially a band called Stellarum. I just produced their debut album, on which I played bass and ended up joining the band! It features an amazing singer, Susan Dumett, who possesses an extremely beautiful four-octave voice.
David J performs the songs of Love & Rockets and Bauhaus this Saturday, Feb. 1 at The Viper Room. Doors open at 7:30 p.m. and tickets are $10 GA.  www.viperroom.com www.davidjonline.com
—Brent X Mendoza