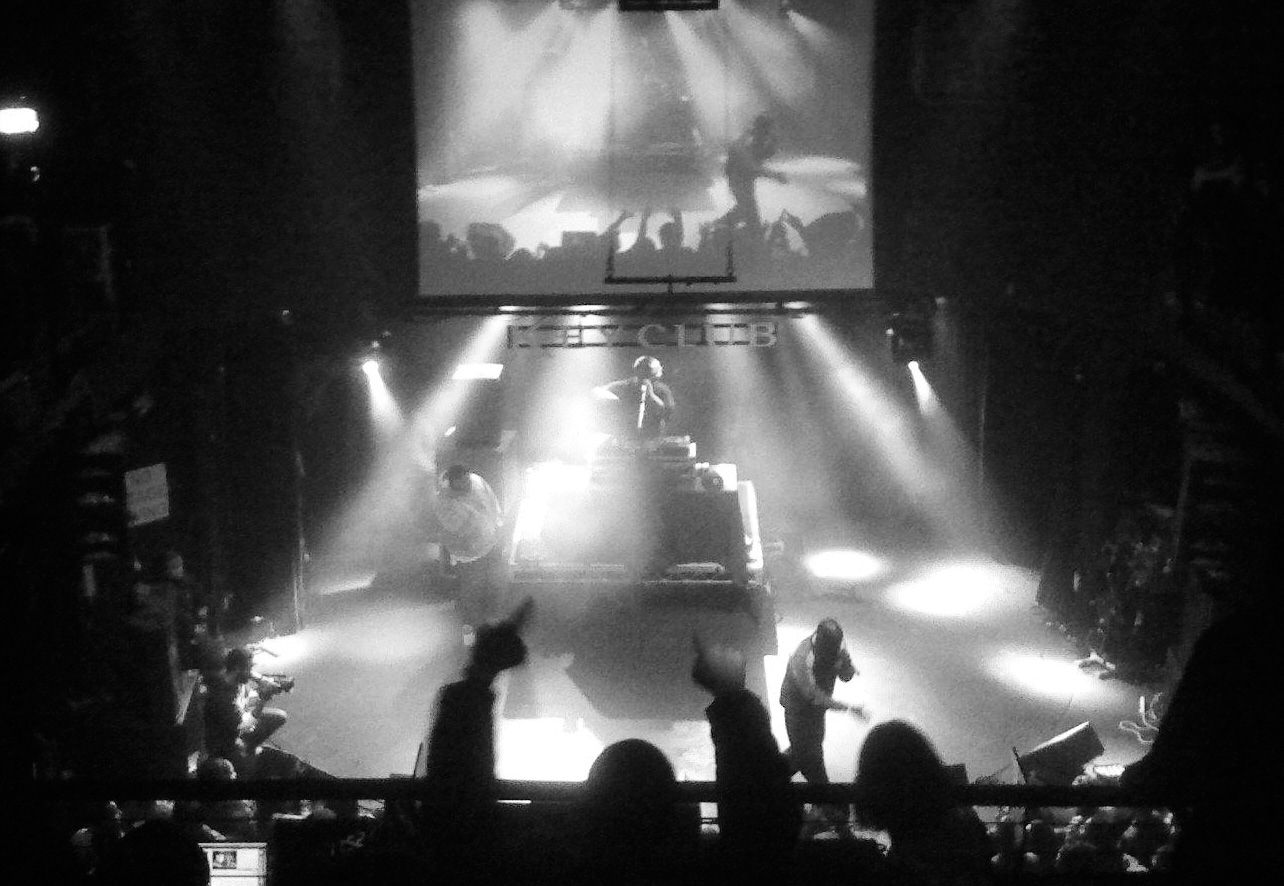 When people ask me to define the sound you might hear at a club on The Sunset Strip, it takes a little while. Not as easy as it used to be – The Strip used to be home of rock and roll, with a little soul, hip-hop and reggae thrown in as well. This was the way for many years, and largely the reputation of The Strip, both musically and image-wise.

It’s still rock and roll up here, as anyone who takes the curve from the Beverly Hills segment of Sunset Boulevard onto The Strip and drives east toward Crescent Heights will see. On any given night, the people walking (where else are people walking in L.A. besides the beach and a mall?) from the many world-class restaurants to the bars, clubs and even late night retailers show you the style that still reads rock after many decades. It’s tried and true.

But as music has evolved, so has The Strip. Depending on the evening, or the venue, you’ll have an expansive choice of any or many of the musical genres that create the spectrum of new music today. The Strip is in stride with the times, ahead of the times, and always rock and roll. In recent months, I’ve caught the best of soul and funk at House of Blues, everything from indie guitar pop to jam bands to hard-core techno at The Roxy Theatre, and some amazing breakbeats at The Viper Room.

Then, last Thursday, March 12, at the Key Club – a Sunset Strip venue that perhaps best embodies the ethos of providing music in its many, many flavors – served up a true classic for a packed house of hip-hop enthusiasts who remember the day when hip-hop was 3 Feet High And Rising. De La Soul lit up the joint with the big, big sound of three MCs and a beatbox (actually two digital turntables), booming tracks from their long career, and shaking the rafters full of their many fans.

De La Soul’s breakthrough recording, 3 Feet High… was released in 1989, but the sound is still fresh experienced live today. The big hits, including “Say No Go” and “Me Myself And I” brought big reaction, as did classics like “Buddy” and “Can You Keep A Secret?” While the banter between the tracks didn’t quite match the continuous flow of the original recording – one of its most interesting and original artistic conceits – the through-line was the band’s signature big beats, booming voices and the energy of three talented, motivated hip-hop legends prowling the stage and pumping the audience.

Given the continued marquee power of acts like De La Soul, Public Enemy and the Beastie Boys, along with talented newcomers who have crossed genres and infused new life into the form, like Kanye West, M.I.A., Foreign Exchange and the massive success of the Black Eyed Peas, the stories of hip-hop’s demise are proving to be, as the saying goes, greatly exaggerated.

Like last month’s long-overdue L.A. debut by Nightmares on Wax, also featuring three MCs and a beatbox, the sound, the energy, and the vibe are fresh and moving forward, perhaps because the old school roots were so far ahead of their time when they first appeared in the late ’80s and ’90s.

From the packed house, and I mean top to bottom, every tier and corner of the Key Club was full of bumping fans, to the enthusiasm of those in attendance, all systems were go on Thursday. Spring is here, the long, cruel winter of 2009 is coming to an end (OK, as cruel as it gets in Southern California), and live music is in full effect.

Last week the Key Club was the First Temple of Hip Hop. This week, it’s country, blues, indie rock and jam bands. The genres are always changing, but the point is always the same: On The Sunset Strip, you can hear every kind of music because The Strip is always rockin’.