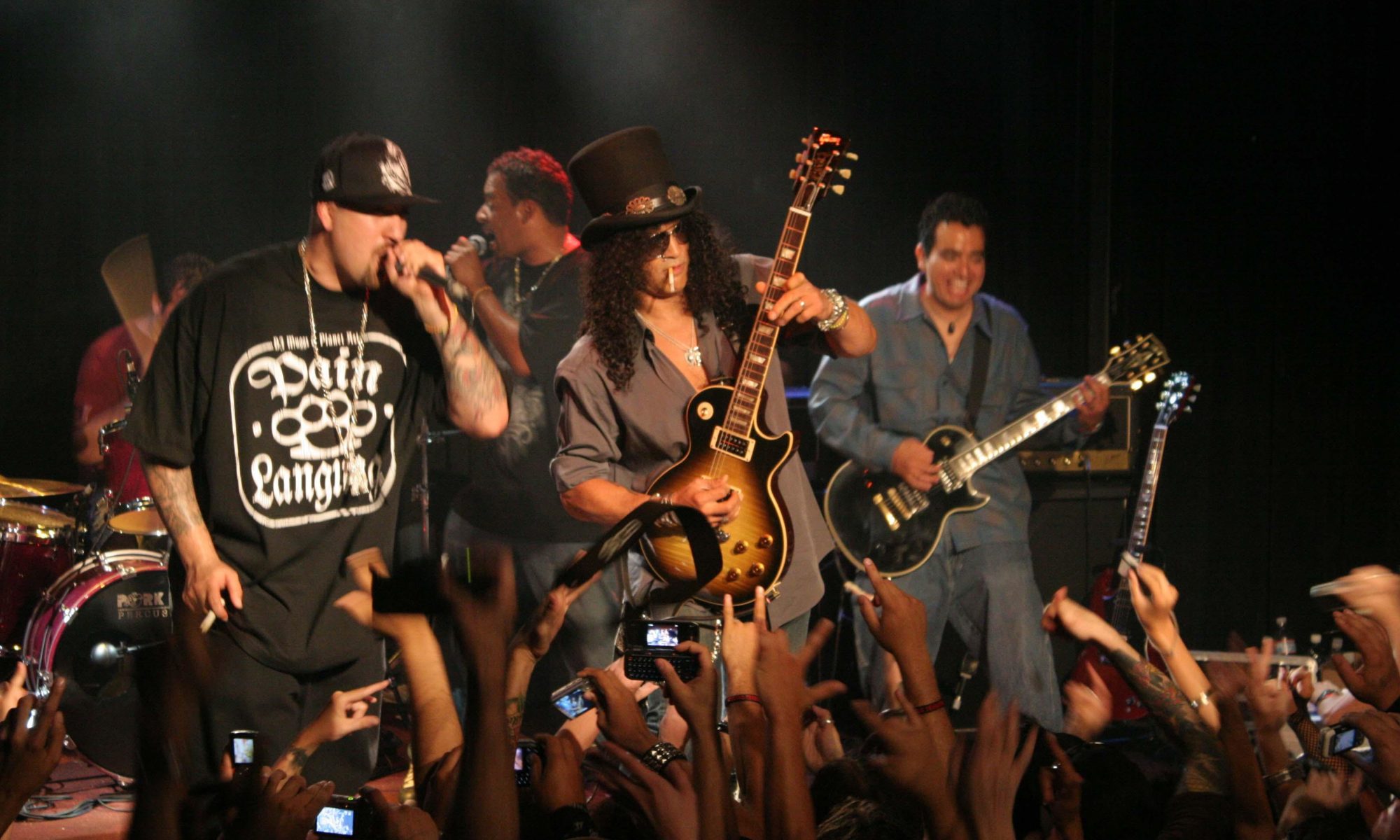 The first ever Sunset Strip Music Festival (SSMF) concluded on June 28, wrapping up three days of music and tributes celebrating the notorious Sunset Strip in West Hollywood and the music that made it famous.

“The buzz that surrounded the entire three-day event was tremendous,” noted festival organizer Todd Steadman. “The live performances and industry-related events attracted thousands of people to the Strip and exceeded expectations for the first year of the festival. We look forward to once again celebrating the music, history and energy of the Sunset Strip at next year’s festival.”

The SSMF kicked off Thursday, June 26 with a tribute—hosted by Sugar Ray frontman/Extra co-host Mark McGrath—to Lou Adler, Mario Maglieri and Elmer Valentine, all music industry icons who connect the Sunset Strip to its past, present and future. Slash, Michelle Phillips of the Mamas & The Papas, Cheech Marin and Tommy Chong and other special guests were on hand to honor Adler, Maglieri and Valentine. The first night culminated with musical performances by Everclear, Soul Asylum and Camper Van Beethoven at House of Blues.

On Friday, June 27 Virgin America sponsored a party at The Standard hotel, where they announced the donation of 50 round-trip airline tickets to The Painted Turtle, a full-service camp for seriously ill children founded by Lou Adler and his wife Page in association with Paul Newman’s Hole In The Wall Camps. A moving Jack Nicholson-narrated clip gave festivalgoers insight into the services that The Painted Turtle provides.

Saturday’s highlights included a Larry King-moderated “Icon Panel” at the London West Hollywood hotel where Adler and Maglieri told stories about their life as Sunset Strip impresarios, talking about the last 40 years of music history and their roles influencing the Strip with the Whisky A Go-Go, The Roxy Theatre and Rainbow Bar & Grill. They covered a wide range of topics, including their favorite Strip moments (Cheech and Chong opening for Bob Marley), how bands like The Doors and Van Halen launched from the Strip, the English invasion of groups like Led Zeppelin and how Adler and Maglieri are both still active in their clubs.

Their sons, Roxy Theatre owner Nic Adler and Whisky A Go-Go owner Mikeal Maglieri, along with Viper Room owner Harry Morton, joined the panel to discuss the future of the Strip. The discussion was followed by a Gordon Ramsay-catered poolside dinner party.

“Not only was this the first time all of the clubs along the Strip came together for one event, it also reminds people that the Strip is current and continues to be the foundation of the city’s influential music scene,” noted The Roxy Theatre owner Nic Adler.