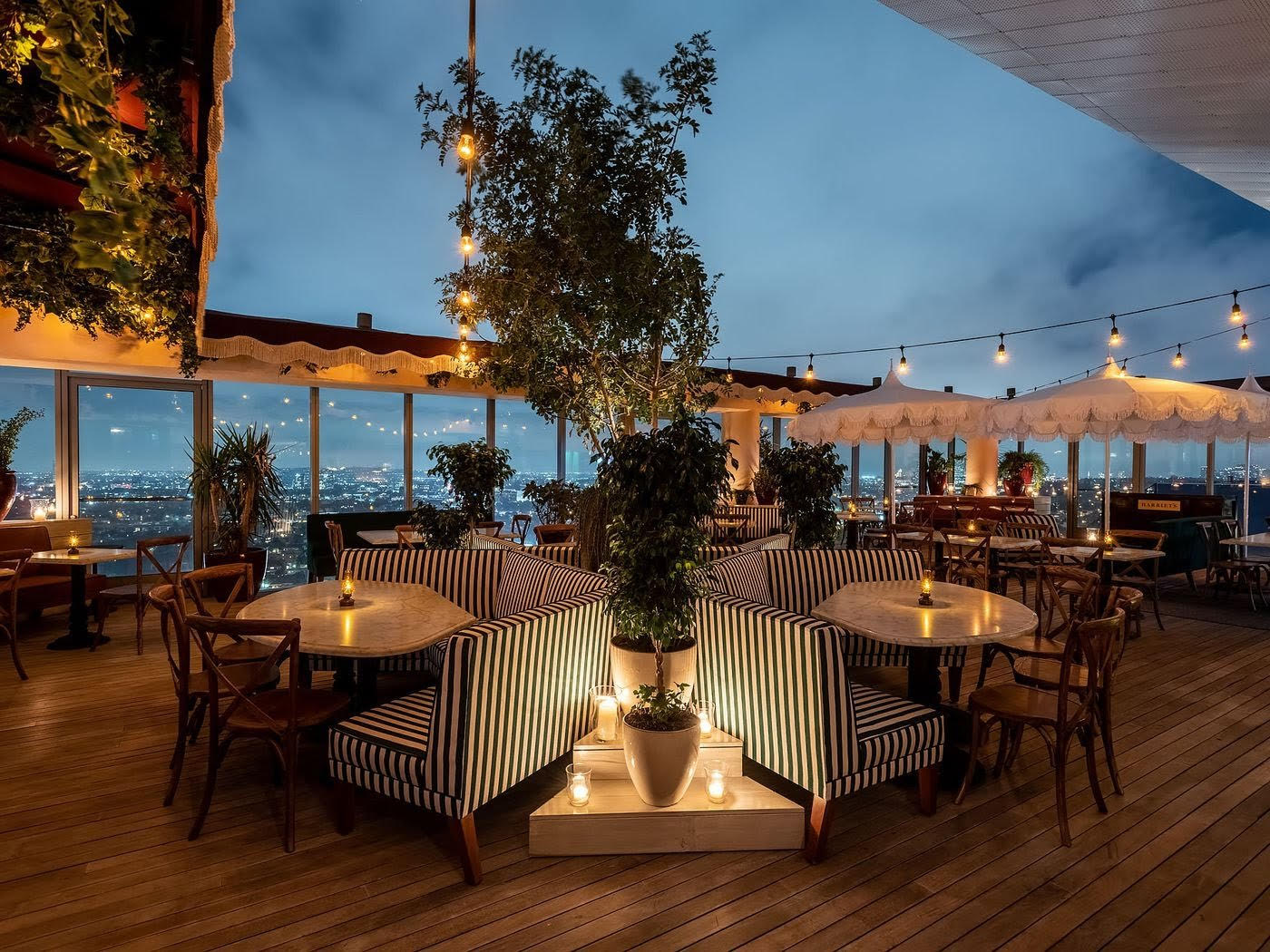 Los Angeles, the 1 Hotel West Hollywood has landed and its fresh rooftop bar, Harriet’s Lounge, is preparing to host an epic New Year’s Eve party.  West Hollywood hasn’t seen a sky-high lounge like this before.  Its panoramic view is the star of the show, and this New Year’s Eve we take it to the next level with a live DJ spinning dynamic mashups.  With the shimmering backdrop of the Los Angeles skyline as the backdrop, the city’s glitterati will dance and mingle, helping themselves to a five-hour premium open bar.  Pick up a VIP package for luxuries such as bottle service and reserved seating.  From the extensive greenery that fills the penthouse to the shimmering string lights, this space is nothing less than majestic.  Join us this New Year’s Eve to count down the clock and set the New Year ablaze.