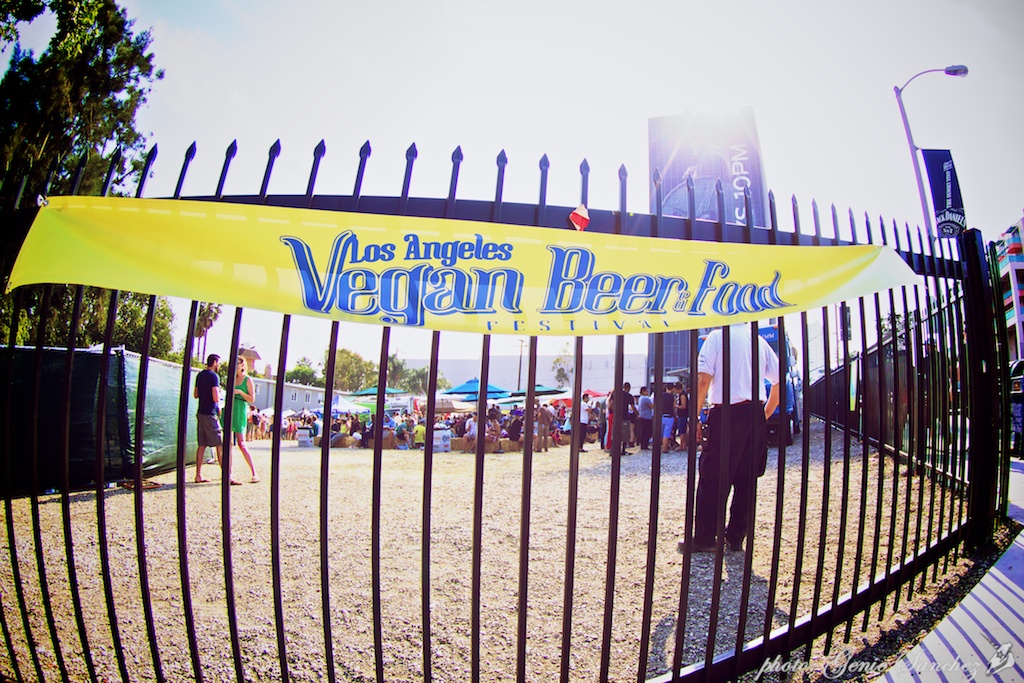 Summer arrived early for fans of the Los Angeles Vegan Beer & Food Festival on Saturday, providing the perfect sunny backdrop for a day spent enjoying local, vegan craft beers, food vendors, art and a full lineup of music.
The fourth annual event, which is produced by The Roxy Theatre, Quarry Girl and Tony’s Darts Away, has become so successful that this year it moved across the street from The Roxy to an oversized lot that could accommodate the more than 1,500 guests and 60-plus vendors throughout the day.
The fest featured unlimited tasting pours from more than 30 breweries, including Golden Road, Lagunitas, Bootlegger’s, Noble, Firestone and Drake’s, a large assortment of vegan food trucks and vendors (vegan bbq and beer floats?!), and performances by Saint Motel, Branches, The Janks, Terraplane Sun and Vegan Boss. Adding to the festive atmosphere, guests even created their own art with sidewalk chalk throughout the festival grounds.
The day was a true celebration of community, and we can’t wait for next year’s event!
For more information, visit lavbf.tumblr.com.
Photos courtesy of Genie Sanchez.