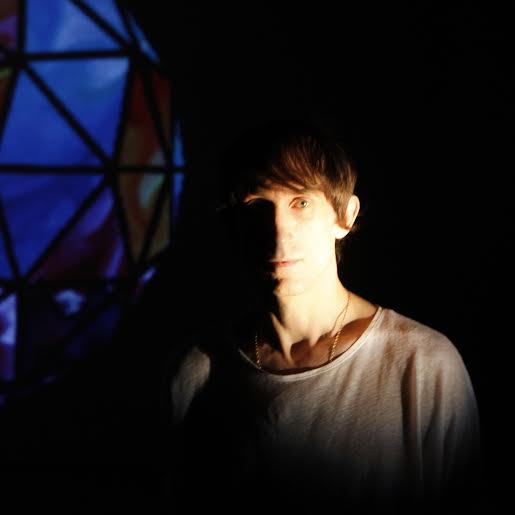 For more than 10 years now, Los Angeles-based Moving Units has brought their brand of fevered indie dance rock to the booty shaking masses. The recent release of the band’s third LP, Neurotic Exotic, finds frontman and Moving Units founder Blake Miller reasserting himself as the sole member of the “group,” having broken away from the other original players.
Speaking with TSS.com, Mr. Miller brought us up to speed on his newly single musical status, reminisced about his teenage Kate Moss infatuation and shared his envious passion for women’s figure skating outfits.
The recently released Neurotic Exotic is the first Moving Units album sans the other original members. How did the song writing/recording process differ?
I’ve always written Moving Units songs based on a distinctive riff or chord pattern, so this solitary approach was ideal for documenting the raw elements of a new song idea. In the past, the band would spend a lot time in the rehearsal studio jamming the raw parts until we agreed upon final arrangements and tempos.
For this album, however, I spent most of the writing process working alone in my home studio recording rough drafts of vocal and instrumental hooks. Once I had compiled an album’s worth of material I began fleshing out arrangements, tempos and instrumentation during pre-production, with my co-producer Cliff Magreta. The tracking process was much more focused and decisive while producing this album… Most performances were captured in the first or second take. We worked quickly and just plowed through the overdubs very methodically…
The live performance approach hasn’t changed much. We still play tightly rehearsed, high-energy sets. It’s been seven years since we toured so we’re psyched to be doing SXSW this year. We’re doing a North American tour in April and May as well.

How has the digital music era personally affected your band’s ability to “move units?”  Has making ends meet as a musician become more of a challenge in recent years?
Well, our band didn’t spend a lot of energy trying to sell records or amass personal fortunes. Our backgrounds were very rooted in the first wave indie DIY culture. We were fortunate to garner a lot of press and attention in a short amount of time, which led to some great professional opportunities.
But I think the digital music era actually affords young musicians an unlimited amount of leverage in their career. Social media, YouTube, streaming platforms all grant bands and their fans incredible access to content. I’m sure the major labels are hurting but we were never on that trip. Making ends meet seems to be a challenge for most people I know… Making a living as a musician has always been a labor of love and we’re stoked we’ve been able to continue doing it for over a decade.
Take us through the narrative that is your dance opus, “Kate Moss in ’97.” Have you ever had the pleasure of meeting Ms. Moss?
This song is particularly close to my heart. I’m a ’90s dude and of course Kate Moss was an incredible feminine icon that dominated pop culture both then and now. The narrative was inspired late one night while I was at home strumming guitar and a documentary titled Kate! The Making of an Icon started playing on cable TV. Apparently in 1997, she reached her absolute zenith of media permeation – she appeared on the cover of more publications than any other cultural icon of the day.
This detail just seemed so profound to me at the time and suddenly the chorus vocal hook “I went to heaven with Kate Moss in ’97” popped into my head… I quickly worked out the chord changes and realized it was a great song in the making! The verse portrays a surrealistic and dramatically exaggerated account of my adolescent infatuation with her. It’s perverse and cheeky – in a British sort of way – but the chorus is a genuine homage to the natural beauty and rock and roll energy she conjures within so many human beings.
I’ve never had the privilege of meeting her in person… But we played Coachella in 2011, and I secretly fantasized she might overhear our perverted anthem while hanging out with her dude from The Kills who were also on the bill that year.
The ’80s had “the robot,” “the worm” and “the Cabbage Patch,” the ’90s had the “Macarena” and “vogueing” and finally “twerking” in the new millennium. What’s the next hot dance craze to sweep the nation? What MU song will people be shaking their assets to?
Personally, I’m waiting for [Joy Division’s] Ian Curtis’ dance disaster moves to finally sweep the nation. I certainly channeled his spirit more than a few times on the dance floor and it always gets results!
Moving Units is all about inciting people to shake their body parts in every which way possible, so every song is loaded with spazz out potential. “Birds of Prey” is an ass shaking no-brainer for sure!
What’s next for you in 2014?
We’re shooting a video and releasing a single for the new album track, “The World Is Ours.” Also, touring North America throughout April and May, and preparing to announce a few new surprises in the near future…
Bonus Question: In what Winter Olympics sport would you have most liked to compete?
Women’s figure skating. Those outfits are to die for!
——-
Moving Units play the newly reopened Roxy Theatre Friday, March 28. Tickets are on sale now. www.theroxy.com  www.movingunits.net
—Brent X Mendoza