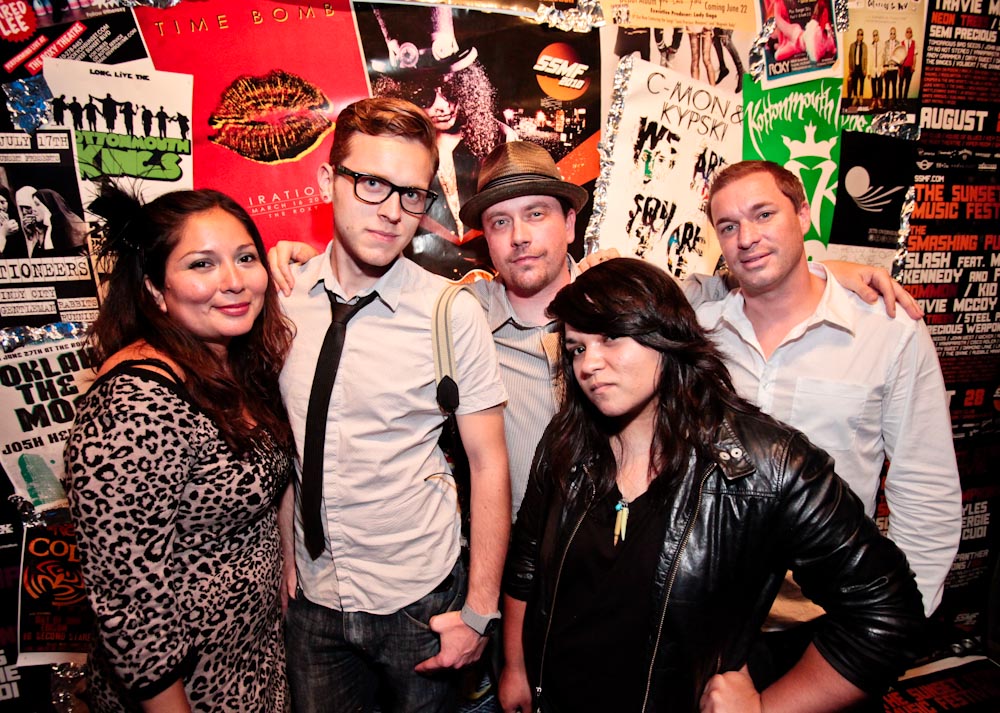 Have you ever dreamed of being on stage with Slash, backstage at The Roxy Theatre or front and center performing in front of thousands of people during the Sunset Strip Music Festival? Luckily for you, a host of photographers is bringing this experience directly to you as part of their "Stripped: A Collection of Photographs from The Sunset Strip" exhibit.

Initially launched  during the Sunset Strip Music Festival in August, the exhibit showcases the collective works of those who have documented and captured concerts and life on The Sunset Strip during the past four decades. And the exhibit doesn’t just celebrate amazing performances by legendary artists like Ozzy Osbourne, Jay-Z and Slash, but more importantly, it illustrates the new sense of community and artistic camaraderie on The Strip.

“The Strip has been a breeding ground for many things for years, and we’ve built such a great community in support of great music and our love for it,” noted Genie Sanchez, who is one of the participating photographers. “There is no better way to capture the true essence of the epic moments on The Strip than with a photograph…Through our lens, the legends of The Strip are able to live on.”

Those who missed the original Aug. 27 exhibit will get a second chance to view the photos in person, starting tonight through Dec. 10 at Gray Tone in Hollywood. Tonight’s opening reception will include music from DJ Shred Savage and will provide attendees the opportunity to meet the photographers and hear their stories.

In addition to their time documenting The Sunset Strip, these photographic multi-taskers also contribute to publications including Spin, Rolling Stone, National Geographic and Sports Illustrated; serve as house photographers for venues including The Roxy Theatre and Viper Room; and direct videos, program lineups at local venues and operate their own companies, among other pursuits.

“This talented group of photographers has not only followed their passion for music and photography but has also provided the music community with valuable historical documentation of life on The Sunset Strip,” noted Herrold.

The “Stripped” photo exhibit runs Oct. 7 – Dec. 10, 2010 at Gray Tone, located at 726 N. Cahuenga Boulevard. The opening reception is Oct. 7 from 7-10 p.m. and includes music from DJ Shred Savage and the opportunity for guests to meet the artists and hear their stories.

Photos included in the gallery were taken at the Aug. 27 “Stripped” photo exhibit during the Sunset Strip Music Festival. Photos courtesy of The Letter B.