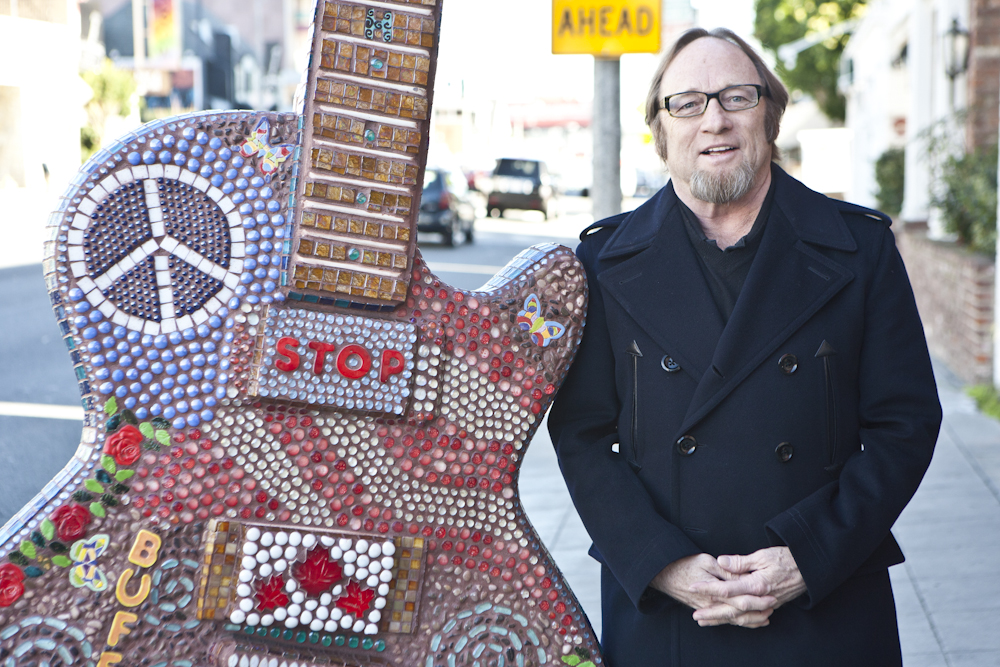 Influential musician and singer/songwriter Stephen Stills returned to his Sunset Strip roots to sign a Gibson GuitarTown art guitar celebrating the music and influence of Buffalo Springfield. Stills wrote one of the band's biggest hits, "For What It's Worth," which became an anthem for the 1960s counterculture movement and remains an important and influential song today.

Buffalo Springfield formed on The Sunset Strip in 1967 and was comprised of Stills, Neil Young, Richie Furay, Doug Hastings, Bruce Palmer, Dewey Palmer and Jim Messina. While the band was only active for just over two years, they produced three influential and important albums during this time and became one of the most influential American folk-rock bands, shaping the California rock sound.

The art guitar was created by local Los Angeles artist Juliana Martinez and features mosaic tile with symbols that are tied to the band and the song, "For What It's Worth."

"I tried to include identifiable images on the guitar," noted Martinez. "The peace flag speaks for itself, but there are also maple leaves on a white background, in homage to Canadian Neil Young. There is a large bluebird, the name of one of their hits. The flower border can also be found around the perimeter of their second album, Buffalo Springfield Again."

The Buffalo Springfield-inspired "For What It's Worth" guitar is currently on display on The Sunset Strip's 'west entrance', near BOA Steakhouse. This guitar, along with all other 2012 GuitarTown on The Sunset Strip guitars, will be auction for charity next month.

Photos 1&2: Stephen Stills poses with and signs the "For What It's Worth" art guitar celebrating Buffalo Springfield.