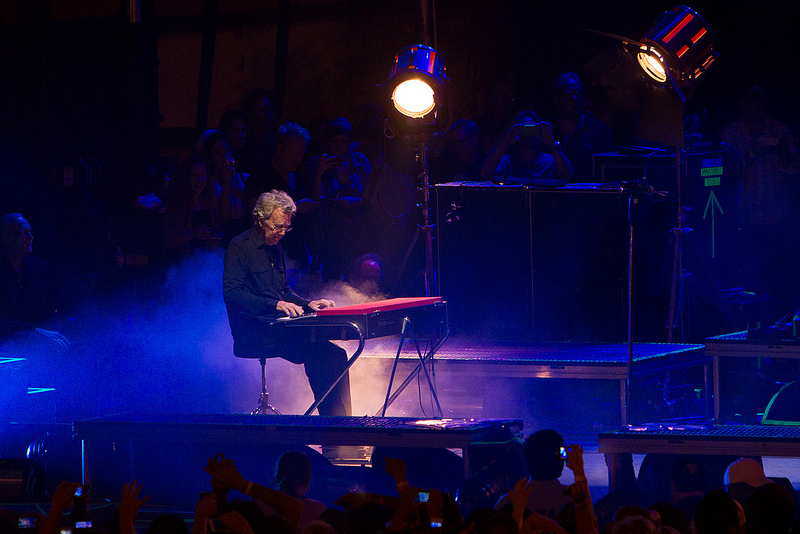 The Doors’ founding keyboardist, Ray Manzarek passed away today at the age of 74, after a long battle with cancer.

As the honoree of the 2012 Sunset Strip Music Festival, Manzarek and the other founding members of The Doors were recognized by the city of West Hollywood and the legendary venues along The Strip for their immense contributions, impact and legacy that has helped make this fabled boulevard the landmark destination it is today.

Those who attended last year’s SSMF streetfest (pictured above) were fortunate enough to witness one of Manzarek’s last performances jamming alongside fellow Doors band mate, guitarist Robby Krieger, in the middle of The Sunset Strip—the place where it all began.

Tonight at 9:30 p.m. all the venues along The Sunset Strip will dim their lights to pay their respects to Mr. Manzarek.

Read our 2011 interview with Ray Manzarek where he humbly expresses how he wants to be remembered.