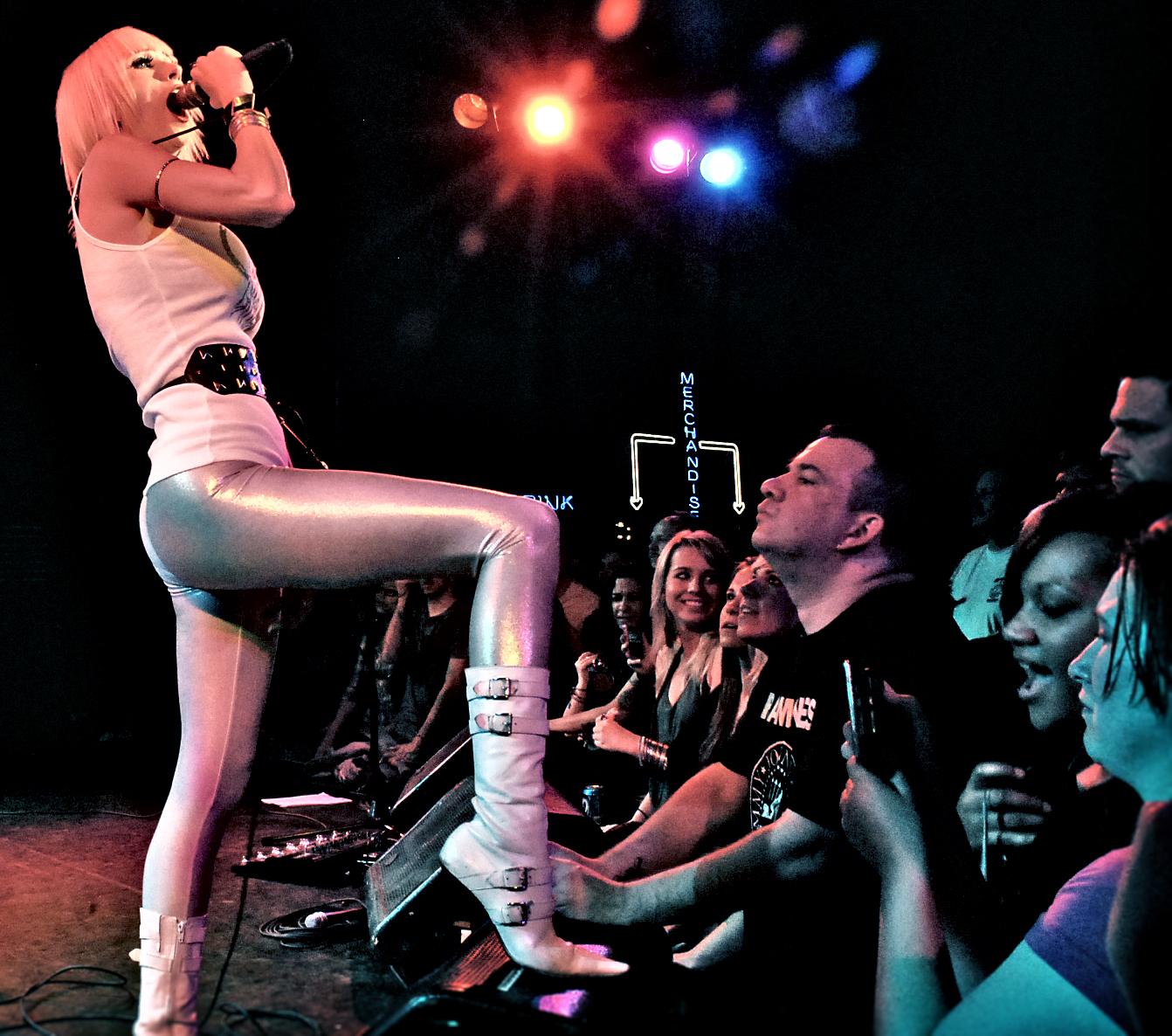 Before trucking down to The Roxy Theatre to catch the next Chelsea Girls show (Thursday, May 7), get to know the band a little better. It’s the closest you’ll get without a backstage pass.

How did the band come together? How did you meet the other members?
Chelsea Girls was kick started by bassist Corey Parks (Nashville Pussy), with a little help from Thor, God of Thunder. CP set her sights on drummer Samantha Maloney (Hole, Motley Crue, Eagles of Death Metal, Peaches), and guitarist Allison Robertson (The Donnas). I was brought into the project by my pal Allison, whom I call "Mistress of the Shred." The girls call me their "Secret Weapon" because I’m the least famous and the deadliest.

What does the future hold for CG? Working on any original material? Any plans to record? Tour?
We want to be the biggest cover band in the world. We plan to tour the globe, record, maybe do a TV show, and make lots of cash. Original songs don’t interest us right now. But money talks, and we’re always listening.

Having seen your past few shows, you certainly can hold your own on the mic. Being a former Playboy model and front woman for one of the sexiest new bands in rock do you find that people have certain "preconceptions" about your vocal abilities?
We’re fortunate to have a monthly residency at The Roxy, it’s been wonderful working with [owner] Nic Adler and the staff there – top-notch all the way. Sure, there will always be preconceptions. I get a kick out of slaying the audience…I’m like Pearl Harbor. You didn’t see it coming, and now you’re fucked. But without Sam, Allison and Corey, I’d be killing "Welcome To The Jungle" at a karaoke bar with a bunch of drunk frat guys. Now we get to take over the world together!

Everyone has a great story about a night out on The Sunset Strip, anything you’re legally allowed to share?
… I was at the Rainbow the night Bruce Kulick (ex-Kiss guitarist) was shot, back in October 2003. I was standing outside on the patio with Taime Downe (Faster Pussycat frontman) and this kid Brady when we heard gun shots. Bruce was probably 20 feet from us when he was hit, bullets flew over our heads. Taime pushed me to the ground and held me there, and Brady sat down behind him. I’m a sucker for danger, it makes me romantic. I looked over Taime’s shoulder at Brady, all hell breaking loose, and we kissed. I married Brady, and five years later, divorced him. But we had one helluva run. Maybe if we had a few more near-death experiences, we’d still be hitched.

In his review of Warhol’s film Chelsea Girls, film critic Rex Reed described the picture as, "A three and a half hour cesspool of vulgarity and talentless confusion which is about as interesting as the inside of a toilet bowl." How would a review of a CG show read?
That’s a fantastic review! … Brent, I’m going to leave the review up to you. A few hints: "Best damn night of my life. I really mean it"; "I can die now, I’ve seen heaven"; …"Tuesdae is the greatest singer in the universe and all dimensions beyond. I love unicorns"; "Someone call the coroner, because Chelsea Girls just killed it! Again!"

Model, DJ, front woman extraordinaire, what’s next for you?
… Everyone always asks me this question in interviews. I always say "If you can dream it, you can be it." I’ve seen my path clearly since childhood. Every success I’ve had, I visualized until it became a reality. It also takes hard work, talent and skill to achieve the level of success Chelsea Girls want. What’s next for me is more hard work and focus. I love what I do, it’s fun. The party never ends.