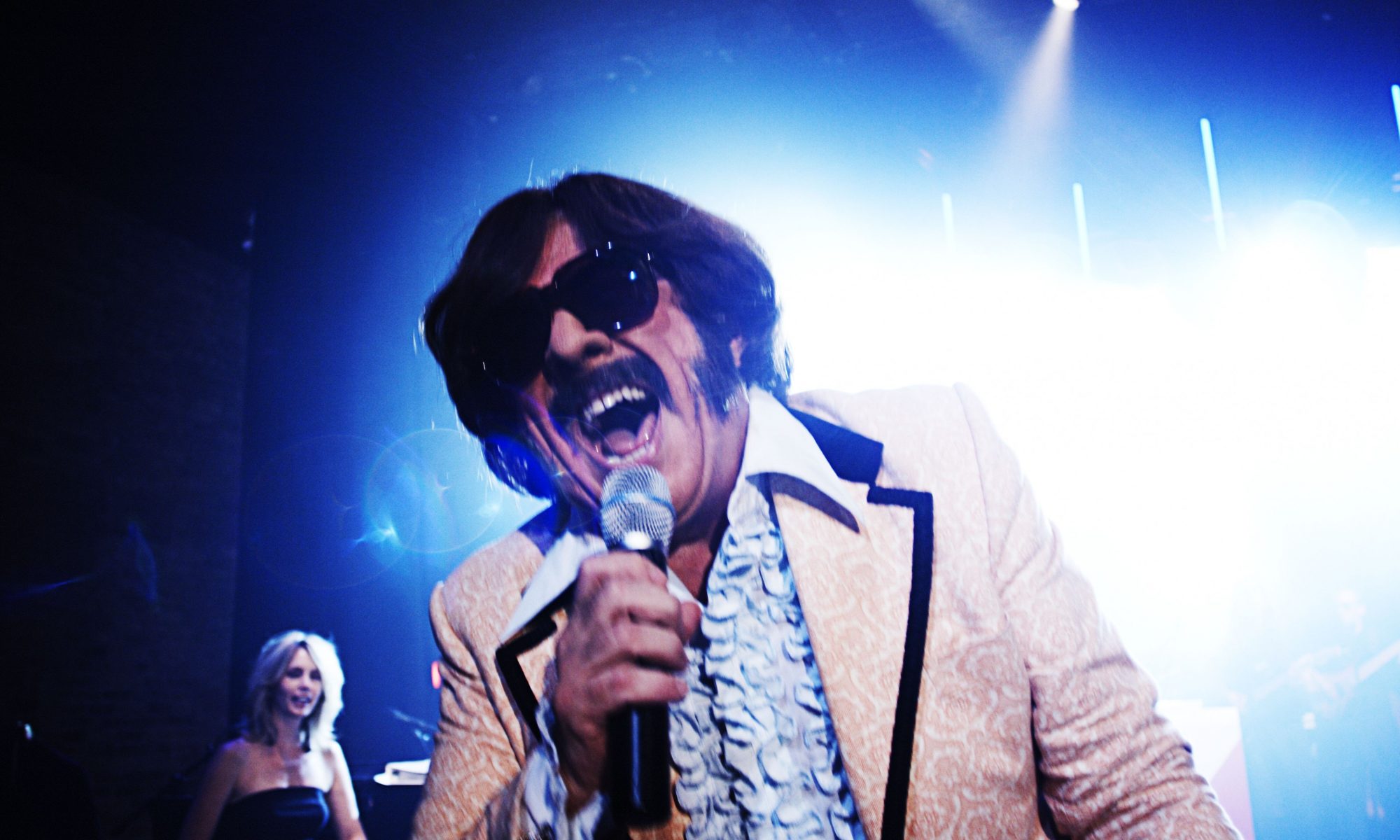 Complete with a full band, marionettes, and a “hooker raffle,” the adults-only variety show is like nothing you’ve ever seen or experienced before, which is probably why it’s been attracting big crowds as word has spread about the over-the-top antics of The Tony Clifton Revue. Between trips to the bar to refresh his drink, and carousing with his clothing optional cohorts, we were able to catch the comic legend, as he “let it all hang out,” expounding on the finer points of living a life of leisure.

This is your second residency at The Comedy Store. What can we expect this time around?

Just like the banner that’s wrapped around The Comedy Store says, “Music, Mayhem & Sexual Anarchy,” with an emphasis on sexual anarchy! I’ve replaced my burlesque dancers with younger, fresher ones… As I always say, “You’re only as old as the person you f*ck!”

How does The Sunset Strip compare to The Las Vegas Strip?

Vegas in the old days with Sinatra had classic showrooms where they used to serve dinner; so did The Sunset Strip. The Comedy Store used to be Ciro’s, one of the great showrooms on the West Coast. The “Tony Clifton Revue” brings back that classy showroom experience. We’ve got a big band, with some of the hottest showgirls in the nation. The Sunset Strip is back because of me, baby!

Does your show have a “dress code?” What’s the proper eveningwear attire for a Tony Clifton performance?

The only “dress code” I ask for is that the ladies dress in as little as possible. When I look down at the audience from the stage, I want to see a “sea of cleavage.”

As for the guys, I recommend they wear lose fitting pants. Once they see my Cliftonnettes taking it off, they’re going to need plenty of room to pitch a tent.

Speaking of The Cliftonnettes, where do you find your showgirls? What’s the audition process like?

We periodically hold auditions. The first criterion is, would I want to f*ck her? If she passes that one, the next question is can she dance? I leave that answer up to my choreographer “Maxim.” If she gives me a thumbs up, the final test is can she get along with the rest of the girls and hold her liquor. “Lick her! I hardly know her!”

As an international singing sensation, is it tough to have a private life? What do you do in your “off time”?

When I’m not performing, I’m at my compound, “Cliftonmere,” high up in the Sierra Madres, hanging out with the Cliftonettes, who live with me. It’s one big happy family (clothing optional).

How does one maintain such a pristine melodious singing voice on a diet of whiskey and cigarettes? What’s your secret?

Any suggestions for up-and-coming entertainers that want to follow in your very successful footsteps?  How does one make it to the top?

Yes, the performing skills have to be there — that’s the “show.” But the “business” skills have to be there also. It’s a much more competitive marketplace now a days…  Every asshole wants to be a celebrity. Before, it was 50% show, 50% business. Today it’s 10% show, 90% business. And forget about all that manager and agent bullshit. The only person that’s going to make it happen is yourself.

You fancy yourself as a bit of a ladies’ man. Any good pickup lines?

You can catch Tony Clifton at The Comedy Store Thursday and Friday nights through June 29. Tickets are $20 for this 21-and-older show. Jack Daniel’s is the proud sponsor of Tony Clifton’s shows and will pour free shots for attendees. For more information about Mr. Clifton, visit www.TonyClifton.net. www.thecomedystore.com