An Evening With Clive Davis 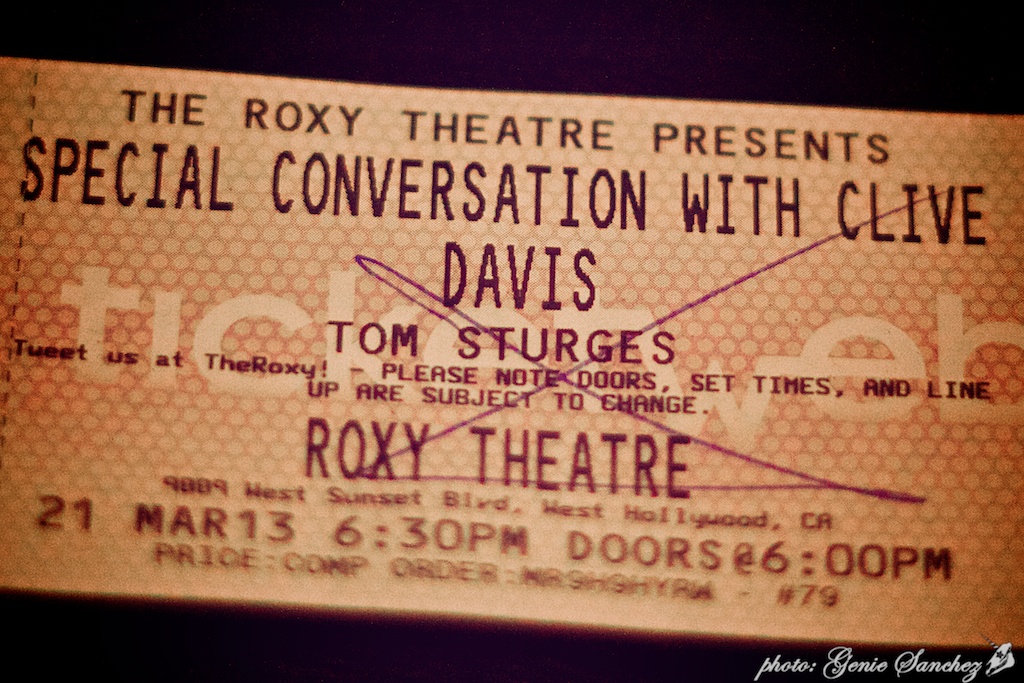 Confirming the fact that you never know who will stop by The Sunset Strip, The Roxy Theatre recently hosted a Q&A discussion with music industry vanguard Clive Davis. The titan shared anecdotes from his new memoir The Soundtrack of My Life, in a poignant discussion moderated by longtime friend Tom Sturges (executive vice president and head of creative for Universal Music Publishing).
Davis reflected on an unfathomable career, having discovered and signed the likes of Whitney Houston, Janis Joplin, Simon and Garfunkel, Barry Manilow, Carlos Santana, Aretha Franklin and Alicia Keyes, just to name a few.
Attempting to elaborate upon such a storied career in the span of only 90 minutes proved almost futile for Davis, whose life has been filled with so many notable milestones and achievements—winner of five Grammy Awards, member of the Rock and Roll Hall of Fame and a lifelong commitment to numerous humanitarian efforts—that the brief discussion could have lasted well into the next evening.
According to Davis, his main motivation behind penning the bio was to “dispel the myth of the stereotypical record executive and emphasize the philanthropic” efforts, citing fellow industry titan David Geffen as another example of another philanthropic music industry veteran who continues to give back to organizations and the arts.
Appropriately, the night ended with Davis reflecting on his most celebrated discovery, Whitney Houston, who Davis debuted to the world in the very room he was now addressing.
Hardcover copies of Clive Davis: The Soundtrack of My Life are available at Book Soup (8818 Sunset) for $30.  www.booksoup.com
Photos courtesy of Genie Sanchez.
—Brent X Mendoza