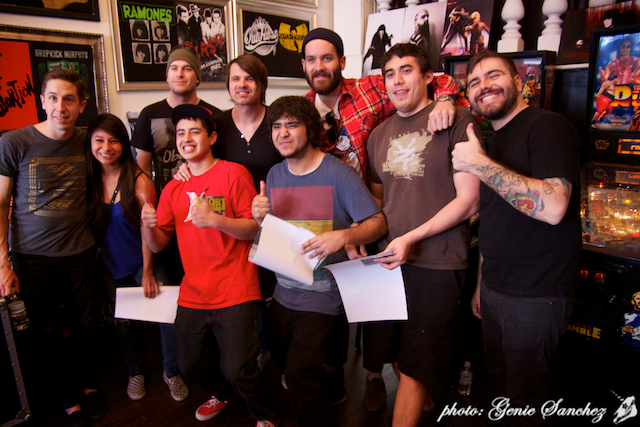 Before their headlining show at the House of Blues, the band attracted a large group of fans who stopped by SoundCheck record store to meet band members Neil Boshart and Josh Bradford (guitarists), bassist Bill Hamilton, drummer Paul Koehler and vocalist Shane Told.

Eager fans lined up around the block for the chance to talk about the band’s music, their most memorable experiences at shows as well as pose for photos with the band and snag a few autographs. In addition to receiving advanced copies of the band’s new album, Short Songs, attendees also received free posters. SoundCheck Hollywood hosts monthly meet and greet events with bands and artists, providing a unique opportunity for fans to meet some of their favorite bands.

To stay informed of all of SoundCheck’s events, “like” them at Facebook.com/SoundCheckHollywood. Get more info about Silverstein and their new album at www.facebook.com/silversteinmusic.